Get your Free Rancid Vat patch with any order!! just mention in Paypal notes or email us. 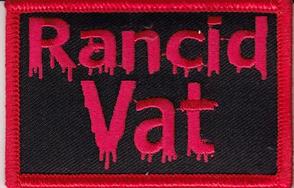 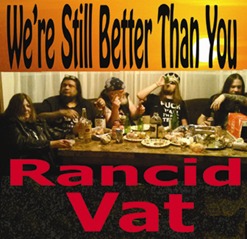 Rancid Vat was hatched New Year's Eve 1981 in Portland Oregon,  by three founding members, two of which are in the current line up; Phil Irwin aka The Whiskey Rebel and Marla Vee.

The current line up which is based in San Antonio Texas as of 2001 features Beer Reebs aka the Texas Stud on vocals, the legendary Marilyn  El Merciful on bass, and last not but least, the Barcardi Kid on drums.  See the band biography written by Phil and Marla, some of which appeared in Carbon 14.

Rancid Vat's discography includes over sixty releases from 1982 to 2013  and still growing, with a new CD slated to be released in the spring of 2014 titled: "We're Still Better than You. "

The extensive discography  includes 7" and 12" vinyl, CD's and  compilations or splits  with other CoS (Confederacy of Scum) bands as well as  European bands.

Some of the vast discography is still available via the Whiskey Rebel's eBay store. Also check out the Shopping page to buy direct. 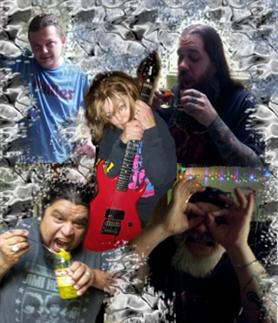 OUR COMPANY AT A GLANCE

from top left to right: